I had a run in with this creature a couple of years ago, one early morning.  I saw a bunch of deer and they took off all of a sudden.  Then I saw two ears just above a bush. And ten feet away from me he appeared.  They are not normally known for attacking humans, but I did not take any chances.  I had my knife out just in case I had to protect myself.  Needless to say I was unnerved.  All I saw him do was pounce on a few field mice.  That was it.  I will know better next time not to be so scared.  This was the only image i had a chance to take. 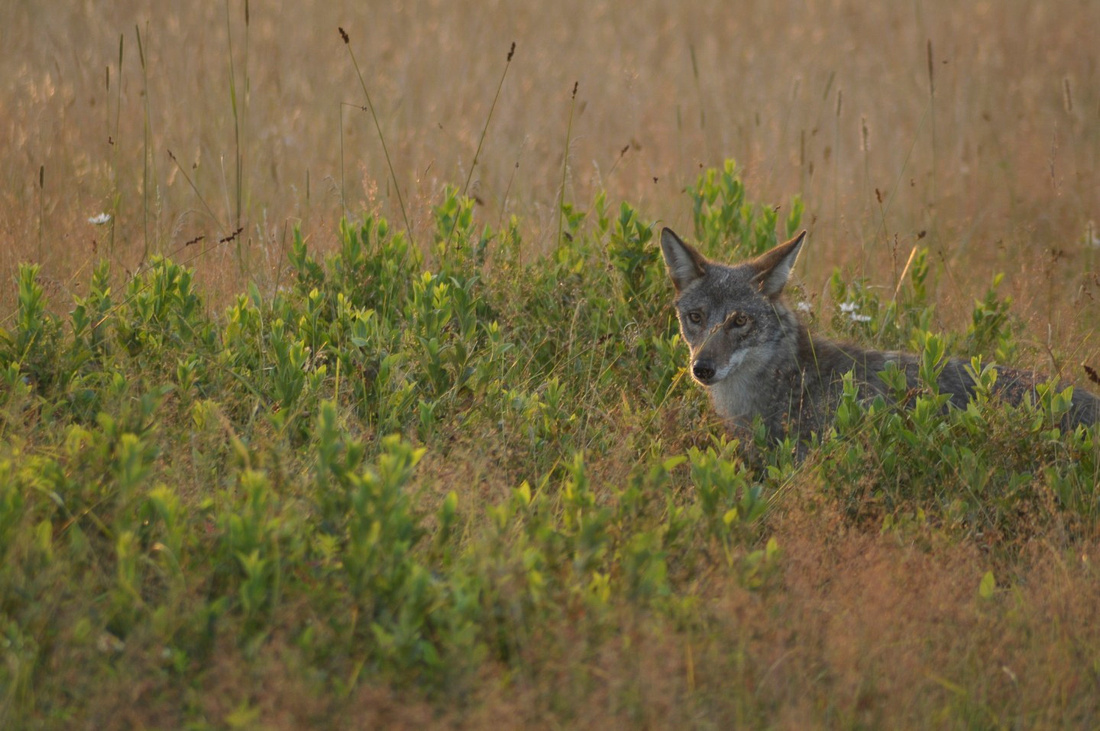